Biophilic design is so much more than plants 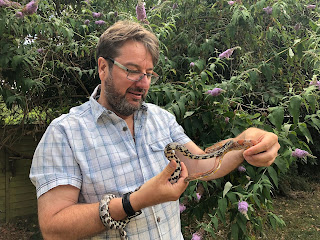 Those of you who have seen me present or have read my previous blogs will know I am a big advocate of Biophilic Design. But I am not impressed by the recent run of blogs and product/service websites that have reduced Biophilic Design to providing landscaping and plants in the office, proclaiming they reduce air pollutants and improve productivity. Just search for ‘Biophilic Design’ on Google images as an indicator of the emphasis on planting. Particularly frustrating are those ‘green wash’ type posts that imply a potted plant plonked on the desk is the panacea for enhancing wellbeing. My issue with these articles is two-fold: 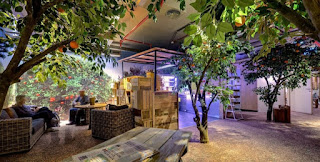 Whilst Biophilic Design has only been used in mainstream design for the past few years, the term biophilia was coined by Edward O. Wilson back in 1984 as the “innate tendency to focus on life and lifelike processes.” Later Wilson (1993) defined biophilia as “innate emotional affiliation of human beings to other living organisms”, or more simply put “our affinity to nature” (Browning et al, 2012). So, biophilia actually refers to all living systems (and nature) rather than simply to planting.

Biophilia as an affiliation to living organisms may explain the recent trend in allowing pets into the workplace. Said pet is usually a dog, but I did hear a rumour of one worker bringing his pet snake into the office. This evoked a sense of biophobia, rather than biophilia, but Wilson argues that such a response is still an innate connection. (I am not the chap who took his pet snake to the office, but the photo above is of me with my son's two corn snakes.)

Evolutionary psychologists consider biophilia as a broader ‘affinity to nature’ and natural systems. Their view emphasises the innate preference for natural ventilation, natural light (daylight) and natural soundscapes (and sound levels similar to outside) along with our affinity to water, variations in light and seasonal/temperature variation etc which I have covered in a previous blog. Bill Browning and colleagues’ (2014) excellent design guide, 14 Patterns of Biophilic Design, covers these requirements and much more, such as refuge, prospect and biomorphic forms.

Browning’s guide, and others, emphasise using natural materials, including stone and metal as well as wood. Browning also highlights the merits of using biomorphic forms that represent patterns found in nature, like waves, helix, fractals and wood grain. However, there is subtle difference between taking inspiration from nature in design and using artificial materials, such as the plastic planting often found in offices gathering dust. I have yet to find a good report comparing the benefits of plants and natural materials with artificial ones. 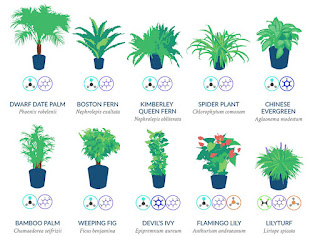 Does a potted plant plonked on the desk really work? The claim that plants not only convert CO2 to oxygen but also remove pollutants is well documented, with certain plants being better at removing particular pollutants. The seminal research in this area is that of NASA (Wolverton, Douglas & Bounds, 1989), but one of the researchers has since claimed it’s impossible to guess how many plants might be needed but he recommends at least two ‘good sized’ plants per 10 m2. In her review of the NASA study, Claudio (2011) concluded that plants are capable of removing toxins from the air under laboratory conditions, but in the real world the notion that incorporating a few plants can purify the air has little scientific evidence.

A fundamental requirement is fresh air and ventilation. Back in the 1990s when I was a researcher at BRE, one of my colleagues examined the effect of plants in offices and concluded that the fresh air supply rate (whether through natural ventilation or a mechanical system) had more impact than plants per se. So, it is likely that in a poorly ventilated building plants will have more beneficial impact. My concern is that the more frugal side of the design and construction industry may consider replacing good ventilation with a few potted plants. As mentioned in a previous blog, before considering biophilic design for wellbeing we need to address the basics like indoor air quality.

Having dissed using potted plants for air filtration, I nevertheless firmly believe they have psychological benefits (tendering to our innate needs) and they have been shown to improve creativity, problem solving, and help mitigate noise problems. So, in conclusion, plants have many benefits and should be definitely be added to offices, but it should be a concerted effort and implemented at the right scale – let’s not kid ourselves that a few potted plants will do the whole job or consider them a surrogate for good air quality systems.
Posted by oseland at 14:49