Workstyle #2: I prefer to work locally, so what am I? 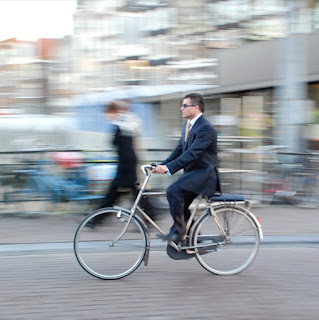 My previous blog explained the subtilties between the different type of modern workplace strategy. This sibling blog focuses on the modern office worker types or workstyles.


Presumably, those who work according to a specific workplace strategy are deemed a particular style of worker. For example, ‘home-worker’ is a common phrase to refer to those who regularly or occasionally work from home. ‘Remote worker’ is often used describe those who work outside of the office either at home, in other places (cafés, library) or travelling on business. Myself and others who work in garden cabins refer to ourselves as ‘shed workers’, a sub-group of ‘home-worker’. The latest workstyle, ‘co-worker’, refers to a person who has set up their office base at a co-working hub. The phrases ‘agile worker’, ‘smart worker’ or ‘activity-based worker’ are less commonly used – maybe because they are less popular choices.


A noticeable omission to worker types is a phrase to describe those who proactively choose to work locally for an organisation in a nearby office, perhaps for sustainability, economic, wellbeing, health or work-life balance reasons. The omission of a term for such a worker type may be indicative of how little credence is placed upon it. Is it as though society and industry leaders would prefer us to be commuters, travelling in and out of the main cities each day (with occasional home-working), rather than work locally?

Clearly, there are advantages to organisations being located in the city: 1. arguably a more central point for their staff (so a wider recruitment pool) and 2. perhaps being near to the client base (presumably others also working in the city). But there seem to be equal disadvantages: 1. more expensive office space and 2. Poor access including overcrowded public transport infrastructure, congested roads and longer travel times. Furthermore, smart working with remote working options offers a wider employment pool regardless of location and meetings can be conducted virtually, or perhaps clients may enjoy occasionally meeting outside of the city.

There are of course many examples of organisations being established outside cities. Manufacturing plants are often located in the regions providing employment for local manual and office workers, or similarly contact centres are often based in the regions. There are also many small to medium organisations based on business parks, but there are fewer large HQ offices based outside of the main cities.

The 'hub and spoke' model describes a common property strategy where the organisation has their main headquarters building in the city along with satellite offices in the regions. The 'reverse hub and spoke' model, one in which the main office is outside the city with a touchdown or client centre in the city, is less popular but has many advantages over more traditional models.

The lack of a phrase for those who choose to work locally smacks of Orwell’s ‘newspeak’, a means of shrinking vocabularies to eliminate subtleties and supress ideas. A common usage phrase is required to encourage common adoption of the workstyle. My initial thought was #proxiworker, but it may be confused with #proxyworker. So perhaps a simple #localworker suffices or #geoworker as suggested by a fellow tweeter.

What is your preferred phrase for these unsung heroes (the employee and employer) who are quietly promoting a sustainable lifestyle, supporting the local economy, enhancing their wellbeing and rejecting the drudgery of the city commute?