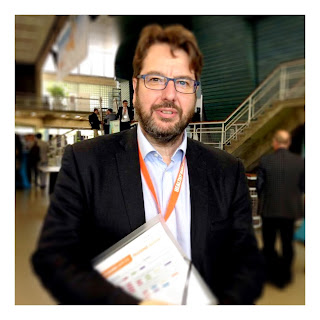 Last week I presented at the Healthy Buildings 2015 Europe conference in Eindhoven. I was excited about this gig because, in a former life as a Government researcher, I used to attend this series of conferences. So I was particularly interested in learning how the science of healthy buildings had progressed since I last attended in the late 90s.


It’s an academic conference and most of the presenters are researchers from scientific institutions. I think it’s also fair to say that most attendees had an engineering or physics background but I did find a couple of fellow psychologists (who spoke my language) and I also spotted a token architect. As a consequence, we were bombarded with complex statistics and even more complicated graphs; and we were impressed by studies of 2,000, 4,000 and even 8,000 people observed over several years. I admired that the researchers presented some very detailed and rigorous scientific experiments which must have required many many hours of diligent dedication.


But, and it’s a big but, there seemed to be few practical conclusions or useful applications of the research. The research itself seemed to be the end product. When conclusions were made they were quite safe, for example “people should have access to openable windows” or “more air-conditioning is required”. In terms of practicality and relevance, the presenters seemed less interested. 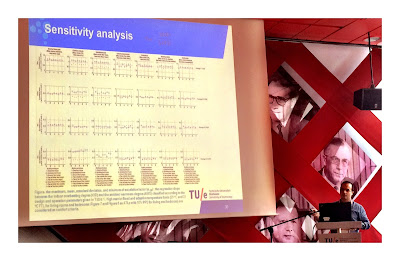 I love science and relish a good graph, but this is where I get really nerdy. I found it all a bit two-dimensional; with most speakers presenting a simple stimulus-response type of analysis. Most of the studies illustrated the impact of an independent variable (shown on the X-axis or ordinate) such as temperature on the dependent variable (shown on the Y-axis or abscissa) such as satisfaction. Some relatively high and statistically significant correlations were shown but even the high ones only accounted for up to 50% of the effect (variance). So, the big question is what causes the other 50%+ effect?


That happens to be the question I was trying to answer (or at least raise awareness of) in my own presentation. My focus was on noise, in particular psychoacoustics. However, I was making the point that the measured independent variable of sound level typically only accounts for 25% of the impact of noise on dissatisfaction, and even less on distraction and performance. The bulk of the impact is due to psychological factors including context, attitude, perceived control and personality. More details on my thoughts can be found in my recent report written on behalf of Ecophon.


Too often engineers, including acousticians, treat people as inert inanimate objects that don’t interact with the environment or perceive and interpret it in different ways. Whilst we continue to explore the impact of the built environment in this simple way, I believe we will not find the solution to resolving issues with noise or thermal comfort or privacy or space etc. These are all psychophysical issues which are influenced more by the make-up of the person being subjected to the stimulus than the stimulus itself.


I was impressed with the number of studies now looking at the impact of the built environment on performance, rather than just dissatisfaction. It was a little strange that the Japanese used Sudoku as a performance test. Whilst this may be considered a game rather than a work task by many, it is nonetheless a test of concentration or mental agility so I see the benefit of using it as a simple performance metric. However, I am not a big fan laboratory type tasks or indeed the artificial laboratory environments (office simulations) that most of these studies take place in. 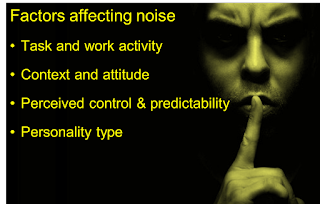 On a separate but related note, out of some 300 papers submitted to the conference only three were on acoustics. The majority of papers were on indoor air quality and thermal comfort, but surely noise is part of the healthy building equation? Indeed noise is possibly the second biggest cause of dissatisfaction in the workplace and possibly the biggest cause of reduced worker performance. Undoubtedly, noise if the biggest challenge facing designers of the modern office, but the issue is repeatedly ignored.


Oh, and much of the research presented was a follow-up, a revisit or verification, to that presented back in the late 90s. I suppose there is comfort in knowing I haven’t missed much, but we do need to move things on now.
Posted by oseland at 17:46