Is there Space for Standards? 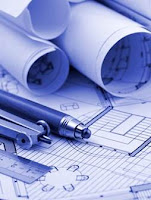 I also like it that space standards can be used to model space requirements of an organisation, it’s a little more sophisticated than multiplying the forecast headcount by 10m2 (or 100 sqft if you are an agent). Maybe it’s the OCD statistician coming out in me but I get a good feeling when I quantify space, and the more complex the model the better the feeling. My workplace colleagues will appreciate the nuances of architectural variables such as fit-factor (floor plate size and shape), economies of scale (efficiencies due to co-location), tenant efficiency (ratio of net usable are to net internal area), building grid and depth etc that all affect the space per person required, not to mention the differences in space metrics between countries. And that is why you can’t simply pro-rata the space for any size of organisation, even when accounting for sector or functional differences.


Space standards are often considered too prescriptive, and that is why broader guidelines are often preferred by the informed occupier. It might also be argued that you can’t standardise the space for all workers, with their different role and work activities, and you may not even know the organisational structure or who will be occupying the space. But a good set of space standards will cater for differences and set the bar for the quality of space that is expected whilst managing that expectation. The kit-of-parts idea works well, where there is a common standard (desk for example) or menu (various support spaces) that can be modified according to the specific needs of the business function.


Although I recognise functional needs, I am not a fan of hierarchical space standards where the space allocation and quality is dependent on grade. I believe that in the UK most of us fundamentally believe in fairness and the egalitarian workplace (and accompanying space standards) therefore appeals. It particularly grates when implementing an agile working environment where the majority of staff share desks but the executive management retain their private offices. This happens despite the fact that executives spend less time at their desk than junior grades, and if they don’t then questions should be asked because you can’t direct a business from behind your desk. I am as guilty as the next consultant of using notions such as “reverse hoteling” and “multi-functional workrooms” as get out clauses for keeping offices, but it is not a good “lead by example” for agile working.


I digress, the point I wanted to raise was that I recently worked with a UK financial intuition which does have quiet rigid space standards but they are not egalitarian. Their view is that if one part of the business is making more money than another then they are entitles to more and better quality space. In effect the property costs (rent and fit-out) are based on a ratio of the turnover of the individual P&L accounts. Whilst I get the idea of looking after the business areas where money is generated, it seems only a small step from individuals claiming they are more valuable to the company and therefore require more and better quality space. However, I recall working with an oil company which instructed “you can roll out your space standards for everyone except that guy; he makes us millions of dollars a year so give him what he wants”, and I thought that makes good sense.


So my question to you is: "do you think we need space standards today, and if so should they be egalitarian or hierarchical?"
Posted by oseland at 15:17